Using this thread to address some common questions around piping data from Salesforce with Mitto.

But what about the following questions:

Mitto Salesforce jobs are IO jobs that use Salesforce as an input. Learn more about the anatomy of a Mitto IO job.

One option here is to simply run through the Salesforce plugin wizard again.

Mitto will create new jobs that didn’t previously exist. Mitto won’t automatically add those jobs to the main Salesforce sequence that was initially created on the first run through of the wizard. But, you can add these newly created jobs by hand to any sequence.

If you only want to add one or a handful of new Salesforce objects as Mitto jobs, you can duplicate any existing Salesforce job, edit the new job, and make a few tweaks.

Edit your duplicated job and you will see this job config: 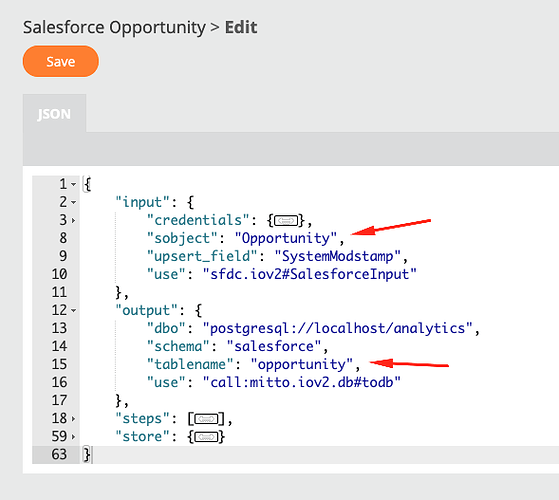 You can leave everything else about the job the same. The Mitto Salesforce jobs are configured for upsert and that configuration is the same for the vast majority of Salesforce objects (Id as primary key, and SystemModstamp as last updated).

Changing the Upsert field in a Salesforce Job

Speaking of upsert, what if you wanted to use another field in Salesforce as the last modified date? The default (and what we’ve tested and highly recommend) is SystemModstamp.

The upsert’s last modified field is referenced a few times in a Mitto Salesforce job config: 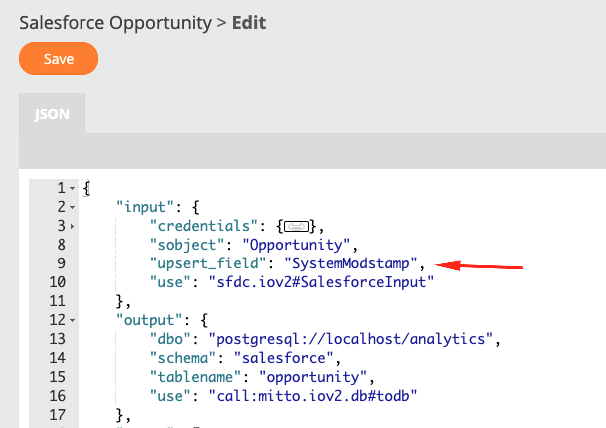 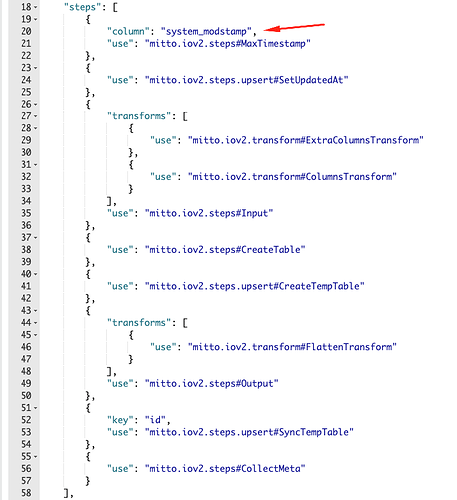 So if you wanted to upsert on LastModifiedDate instead of SystemModstamp you would make these changes: